Following the three month public Beta test the Guild Ball Community Project are delighted to bring you the Alpha version of the Lamplighters Minor Guild.

Firstly, a huge thank you to everyone who took the time to play games either online or in person and provide us with feedback. It really helped us to know where to focus our efforts on the final version of the guild.

In terms of overall feedback we were told five main things:

The key changes we made as a result of this were:

More details of the changes and the revised cards are below. In terms of next steps. From the GBCP perspective this team is now fully tournament legal, obviously individual TOs can rule at their discretion. We have also immediately put lamplighters and alchemists (as they have just gained lamps models) to the top of our watchlist for the next errata and will be keeping a close eye on them in the coming months.

Nightlight has seen some relatively minor changes mostly relating to the wording of Lens Flare which raised quite a lot of questions. We hope the revised working makes the rule cleaner and more comprehensible.

As with Nightlight, the wording on Intercept created some confusion so working with the rules lawyers team we’ve attempted to refine and clarify it. We’ve also removed the "non-burning" requirement to make the rule a little cleaner.

The big man with the ladder has had the most substantial rework as he was often found to be underwhelming. First off, we’ve overhauled his playbook to allow him to do more damage following consistent feedback that he just didn’t hit hard enough. He’s also gained a couple of boxes to make him that little bit more durable

The back of Beacon’s card has been substantially reworked. He’s lost And Stay Down so no longer does condition damage but has gained The Ladderman Cometh which gives him extended reach when not suffering burning. This is undoubtedly the single biggest change made between the beta and alpha versions of the guild. While people liked the concept of And Stay Down it was counter intuitive that Beacon was actually far better at killing tough hide models than regular squaddies. In addition, the changes have amped up his on/off mechanic substantially while also meaning he has a serious threat range.

Lastly, we split Light Goes On, Light Goes Off into two separate traits to improve clarity.

The most powerful model in the guild according to the beta test (and literally everyone who so much as glanced at the cards) has had a few minor changes to her playbook to tone her down a notch. She’s lost her double dodge to make her counter attack less effective and her push dodge is now non-momentous. As we had pushed more power into Beacon we wanted to move a little away from Wick.

Heat has had the wording around Afterglow clarified (thanks again to the Lawyers Guild), otherwise she’s as she was. We talked a lot about making further changes to Heat to limit how effective she could be in the Alchemists but, at this time, haven’t received substantial enough feedback on how she performs in the major guild so she stays as she is for now.

Phosphor has had a name change to his aura: it’s now called Clumsy because "Oops I dropped it again" was one of, if not, the longest titled rule in the game and while we all love a good music pun that one was too much of a mouthful. More impactfully Flash Point has had its wording cleaned up and now only requires the opposition model to be burning rather than burning and poisoned. We hope this change will make him a bit easier to use in Lamplighters.

Permalink to this article

Showing the ten latest articles. Choose a category to see all articles with that tag.

The views and opinions expressed in Blogshanks articles are those of the authors and do not necessarily reflect the official position of Longshanks. 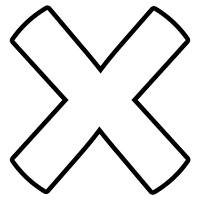 Don't have a profile? Create one

By using this site, you consent to the use of cookies

No private or personal information is stored or tracked by these cookies.